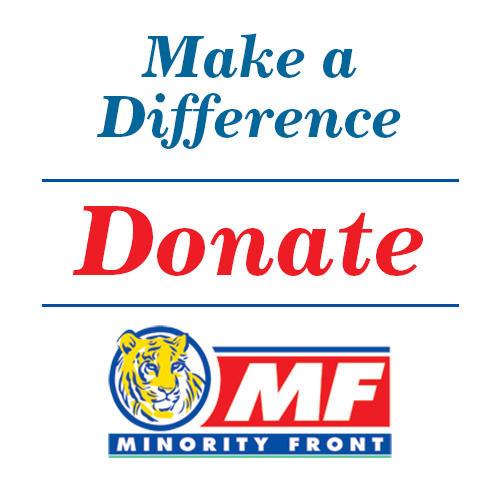 Why Support the Minority Front

The Minority Front is a political organisation that champions the rights of all minority groups in South Africa. Mrs S. Thakur-Rajbansi – Leader of the Minority Front has, as per the example of the late Mr A Rajbansi, cultivated positive relationships with all stakeholders in all sectors of government. As such the Minority Front is in a position to make positive meaningful contribution on any issue relevant to minority communities and values. (Many of Mrs Thakur-Rajbansi’s motions in the KZN Legislature that promote and help the minorities can be seen on the website.

The immense duties of a party to provide for all, has implications for minority communities if they do not have a voice or champion in all levels government, with far reaching and serious consequences in safe-guarding, the future of minority cultural identities and values.

The Minority Front is seeking to improve the future of all South Africans by voicing the rights of all minorities through political and civic knowledge and grass roots empowerment. This work has been recognised both internationally (with Mr and Mrs Rajbansi independently receiving prestigious awards such as the Bharath Gaurav Award and the Gargi Award for their contributions in promoting minority rights in a fledgling democracy) as well as nationally, with Mr A. Rajbansi being made the Sports MEC. When Mr Rajbansi passed away he was further recognised and honoured with a state funeral.

Mrs Thakur-Rajbansi is in her 3rd year of leadership after Mr Rajbansi’s demise and the Minority Front celebrates its 20th anniversary this year. The Minority Front is a mature party that has stood test of time.

The Minority Front is contesting the 2014 Elections at both National and Provincial levels (KZN and Gauteng). To run an effective campaign requires financial resources and human capital, as there are many expenses in running an election campaign such as posters, advertising, volunteers training, branding material, registration fees, transport, registering the Minority Front to contest the elections in each Province at R45 000 per province and as well as another R 150 000 to register to contest the National ballot is an illustration of just some of the many expenses.

The Minority Front has a very dedicated team under the expert leadership of Mrs Thakur-Rajbansi, who are always eager and ready to serve you. The Minority Front calls on all sponsors and supporters who share an interest and vision in the political future of South Africa and our growing democracy, to assist the Minority Fronts efforts by donating in cash or kind or even your services in whatever way you are able to help, towards the parliamentary elections, taking place in April 2014 or May 2014.

You can also email or fax the deposit slip to: