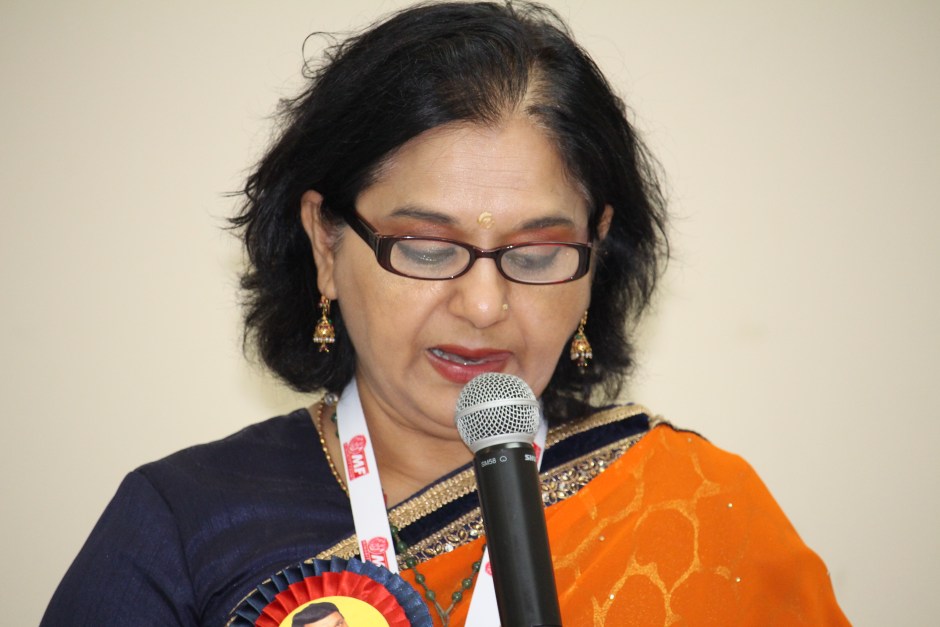 Since the demise of Mr Rajbansi, there has been unending debacle about who will replace him within party structures. It must be understood that filling the place of Mr Rajbansi demands a great deal of grit, charisma and intelligence. Mr Rajbansi was no ordinary politician. He was hard worker, dedicated, fearless and most of all determined. Nothing intimidated him. Therefore, any person who wanted to fill his shoes must have at least worked with him and understood his thinking. When Mr Rajbansi took ill the “NEC” appointed Mrs Shameen Thakur Rajbansi as the interim leader. When Mr Rajbansi passed away elected members, confirmed this appointment through a consensus vote and media briefing inaugurating Mrs Shameen Thakur Rajbansi as the Leader.

This was because the party was faced with a huge challenge to continue remaining relavent in the community. However as soon as significant changes ensued and proper structures were to be set out, members who didn’t want to work then began to dispute the leadership of the party. This was seen when Mr Roy Bhoola, former National MP of the MF refused to be recalled to the Provincial Legislature. That led to an ungodly faction within the party and a long and protracted court battle which only resulted in a few members securing their positions until the end of a term so that they could either resign or join other political parties. Finally after long negotiations, and because of the exceptional leadership skills of Mrs Shameen Thakur Rajbansi, the MF stayed afloat and managed to contest the 2014 general elections, notwithstanding, the exorbitant amounts spent on legal fees for the leadership battle and bi-elections due to defections on the Ethekwini Council. It was agreed upon by all members that Mrs Rajbansi should be the leader of the Minority Front and Chair of the NEC, this was uncontested and without dispute. It was further deliberated and agreed upon that Mrs Rajbansi should be the face of the MF on the bill boards for the 2014 general elections. This was also without any contention.

Albeit, as soon as the elections were over and the seat was secured in the Kwa-Zulu Natal Legislature, greed had possessed members who then conjured up all sorts of accusations pertaining to Mrs Rajbansi’ leadership because they refused to work and report to anyone. Over the last three odd years they have made every attempt to discredit Mrs Rajbansi  on every front and they have started it again. This time, they have committed political suicide. I want to categorically state without any ambiguity that Mrs Shameen Thakur Rajbansi remains the leader of the Minority Front. This is as per the court agreement, which everyone knows was leaked to media by these very errant councilors, and if they wish to overturn this decision they must follow correct procedures which they have never been able to do. Mrs Rajbansi is the Leader of the Minority Front and no illegal meeting convened irregularly can change this fact.

There has been endless deliberation in the media recently concerning suspension. Again members who lack any understanding concerning meeting procedures will fail to understand that they cannot suspend Mrs Shameen Thakur Rajbansi while they have pending issues with the Dispute Resolution Committee. However, a properly constituted NEC which is recognized by the courts has taken the decision to suspend seven errant members which include; Mr Patrick Pillay, Mr Shane Hansraj, Mr Devanand (Solly) Singh, Mr Soonilall (Sunil) Kalicharan, Mr Ganas (Oliver) Govender,  Mr Rajendrapersad (Raj) Maharaj and Mr Dheenadyalan (Ravi) govender who has already been suspended with the vote of most members whose names have been mentioned.   Their charges range from electoral fraud, insubordination, failure to disclose municipal funding and irregular accounting practices, leaking meeting details to the media, fraudulently using MF letterheads, causing factions in the party, defaming the leader, bring the MF into disrepute, non disclosure of personal businesses and NGO’s, malicious damage to the leaders car and misrepresenting the party’s leadership. Some of these persons have impending charges against them in courts and other legal battles.

It is common knowledge that these suspended members have misinformed the public concerning office bearers within the Minority Front. However it must be noted that the decisions and resolutions that they are trying to enforce cannot be taken seriously because the meetings at which these deliberations were made are not recognized by the National Executive Committee of the MF as properly constituted by the court. What is further alarming is that Mr Shane Hansraj, who has received notification of his suspension, has submitted his name to the Kwa-Zulu Natal Legislature and the speaker of the eThekwini municipality has confirmed that Mr Hansraj has not resigned from the council. This proves that he is aware that their actions are illegal. It is also worth noting, that Mr Hansraj is the fourth candidate of the Provincial list and therefore cannot be next in line for this position. However what is most humorous is that Mr Hansraj, who has never won an election in his life-time has enthusiastically accepted the position as Member of the Provincial Legislature yet cannot contest a bi-election for fear of failure. These councilors were made by the MF and the MF voters must consider, why, whilst Mr Rajbansi was alive, these unknown faces were so quiet. However, they must not under-estimate the value or power of women leadership.

Members have accused Mrs Shameen Thakur Rajbansi of not disclosing party financials to them; this is ridiculous when the whole country can view the party’s financials on the IEC website. Therefore their insinuation that she has something to hide is absurd. This is nothing but obscure and myopic vision. Members are peeved because as per the auditor’s advice and legal requirement, the party cannot pay a councilor for any work done. Therefore businesses and NGO’s headed by a councilor cannot receive any party funding. These members refuse to live by this law. The account of the MF under the jurisdiction of Mrs Shameen Thakur Rajbansi, as the accounting officer, has received unqualified audits at the end of every fiscal year. Perhaps the MBA which they have sorely criticized her for is partially the reason why we have received accolades from national journalists post the 2014 election; for keeping within our budgets and not over spending.

Where irregular accounting practices have occurred is within the Ethekwini municipal fund which was under the jurisdiction of Mr Patrick Pillay and Mr Dheenadyalan Govender. They have put that account in the red such that we have received letters of demand and threats of legal pursuit because they refused to pay people and spent money on frivolous expenses, which is currently under investigation hence the violent attitudes.

Since the demise of Mr A Rajbansi the party has faced many battles in media, this was purely because members had disclosed confidential party matters to the media. Post the May 2014 election and even prior, when members began to behave in an unbecoming manner and strategic decisions were needed to be made, members would leak pertinent issues to the media about NEC meetings etc.

Journalists have categorically named members who have leaked details to them and these are the same culprits that have refused to submit affidavits stating that they have not communicated with the media.

As MF Leader, Mrs Rajbansi, continues to fund and assist all organizations, even as the late Mr A Rajabsni did. She has extended the tentacles of the MF to assist various youth programmes and organizations.  Mrs Rajbansi is seen at all community events whilst these errant councilors hibernate.

The MF constituency offices in Phoenix, Chatsworth and Pietermaritzburg are very busy and Mrs Rajbansi continues to service all communities as the sole Member in the Provincial Legislature. She is in constant contact with various CSO’s and avails herself to assist with the needs of the community.